Government agencies are increasingly offering online services to citizens—a move that saves time and energy for both parties. Around 1.3 billion hours can potentially be freed up through automation...

Government agencies are increasingly offering online services to citizens—a move that saves time and energy for both parties. Around 1.3 billion hours can potentially be freed up through automation in the US federal government alone, but the benefits are not only about saving time. Fast, secure, and efficient services also build trust and improve agencies' ability to collect revenue and fulfill their missions.

Interacting and transacting online have become the norm. As this digital economy expands, people increasingly expect the same level of service from government agencies as they would from other online organizations. Today, most people have experienced a streamlined online buying experience or have been able to schedule an appointment with a few clicks. And they're bringing those expectations for speed and efficiency to their interactions with government entities.

Even before COVID-19 struck, citizens were turning to e-government services. According to research done by the Brookings Institute prior to the pandemic, already more than half of Americans said they preferred transactions with government agencies to be online.

A mere 13% in the Brookings Institute survey said they preferred phone calls while only 9% still chose to go into government offices. The pandemic caused even more people to go online to fulfill everyday needs—fueling a shift to digital that was already gaining momentum.

According to Deloitte, "Over the past two decades, many governments have undergone significant digital advancement." The pandemic then presented a "historic pivot" for the government's digital transformation. While "surges in demand" grew, agencies could not always accommodate them. This trend exposed the need to accelerate online services at local, state and federal levels.

Just providing the service, however, is not enough. Citizens are looking for speed and efficiency, and increasingly, the customer experience is—or should be— at the center of the design.

According to Statista, In the first half of 2020 in the United States around 76% of consumers were satisfied with e-government websites, and according to a survey by EY, 57% of respondents said they expect technology to change for the better the way they use government services. This means departments shying away from the trend of making online services a priority will fall short.

Agencies Need to Make it Easier for Citizens to Transact

Citizens generally prefer online services because they're faster, and time is a precious commodity.

The corollary is that when an e-government service is inefficient and slow, it becomes far less user-friendly and drives citizens away. As trust and user numbers drop, so does the agency's capacity to achieve its mission and collect revenue.

It is also a simple mathematical fact that the more slick and speedy services are, the higher the number of transactions that can be completed over a single month, for example.

This means digital government services benefit both citizens and government agencies, and according to EY, almost one-third of citizens (32%) globally rank more use of digital technologies in public services as "one of the top three priorities for governments to improve the quality of services."

According to the World Bank, fast and efficient e-governance builds a culture that "makes public institutions more transparent, accountable and effective," while citizens, in turn, place greater trust in local, state and federal agencies and hand over money more readily.

For these reasons, it is in the interests of e-government services to accelerate digital transformation and offer optimal support and assistance to citizens.

According to a study of government workers by Deloitte, "Nearly three-fourths indicated that COVID-19 has accelerated their government's digital transformation, yet 80% of respondents believe that their organization's digital efforts haven't gone far enough."

Meeting The Demand for Digital

So how can agencies improve their ability to reach citizens digitally? Agencies can move more transactions online and facilitate quick completion and payment. One way to do this is by offering multi-channel digital service platforms, including web portals, phone, chat, email, in-app, and social media channels.

Another is to ensure services are simple and that a complicated interface does not bog down the customer experience. Content and services should be easy to navigate, and financial transactions should offer several options that are presented as simply as possible. E-government services should also combine artificial intelligence (AI) with the human touch and integrate modern technology while keeping sight of customer-centered design and driving innovation.

According to Deloitte's research, 79% of higher-maturity government agencies cite innovation as a strength versus only 7% of lower-maturity agencies. The agencies with more experience understand the need to be flexible and adapt to citizens' needs as e-governance services evolve.

Digital transformation in e-governance has produced success stories from across the globe at different tiers of government.

One example is the modernization of the Rhode Island Unemployment Insurance system. It was one of many agencies that moved to the cloud to scale services during the pandemic, and "within 10 days of migrating to the cloud, the state went from a capacity of 75 concurrent calls to 2,000."

In other parts of the world, the results speak for themselves. For example, Austria offers a success story of how "Intelligent workflows can enable no-touch government, where services are provided digitally and automatically." The country has a system in place in which, since 2014, the birth of a child "triggers enrollment in the country's family allowance program without citizens having to apply for a claim." The review and payment process is automated via data transfers between hospitals, local tax offices, and other institutions, freeing up government staff to perform other tasks, according to Deloitte.

AI is also making its mark. An excellent example comes from Dubai's electricity and water authority. This is the first government organization in the emirates to use AI for direct, real-time interaction with customers. U ing Rammas, an online chatbot that can communicate in English and Arabic, the authority aims to reduce the number of visitors to the authority's offices by 80%.

With the benefits of digital transformation in governance so clear, no agency can afford to get left behind. Those that choose not to embrace this trend will soon become white elephants that can no longer fulfill their mission.

Instead of the expense and effort of scaling up in-house, agencies can partner with Helpware, a proven outsourcing solution for the right expertise and technology.   Helpware uses an industry-unique, concierge-based approach that empowers agencies to receive the right mix of support today and evolve as requirements shift. T  find your outsourcing solution, get in touch with the professionals at Helpware. 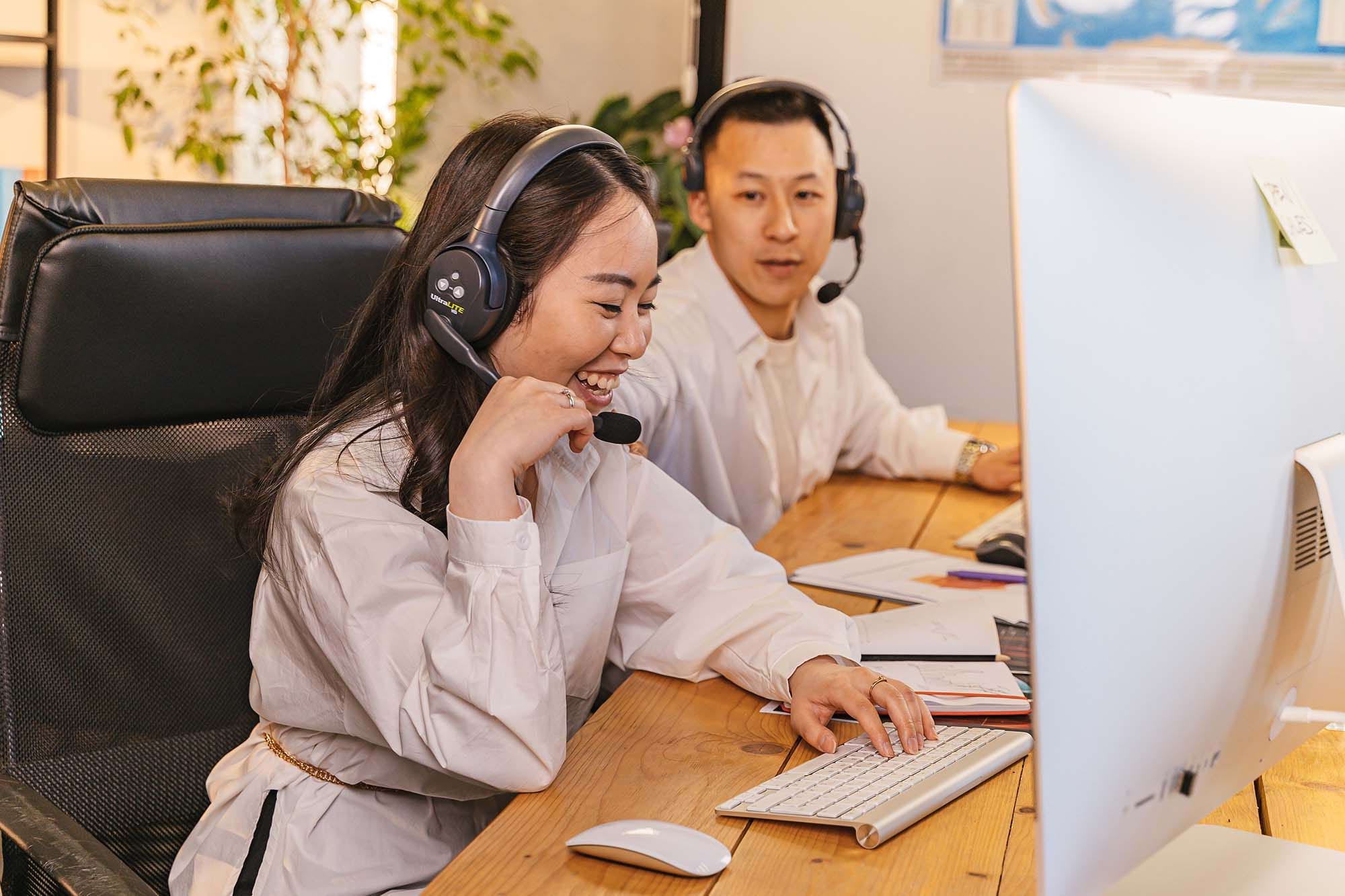 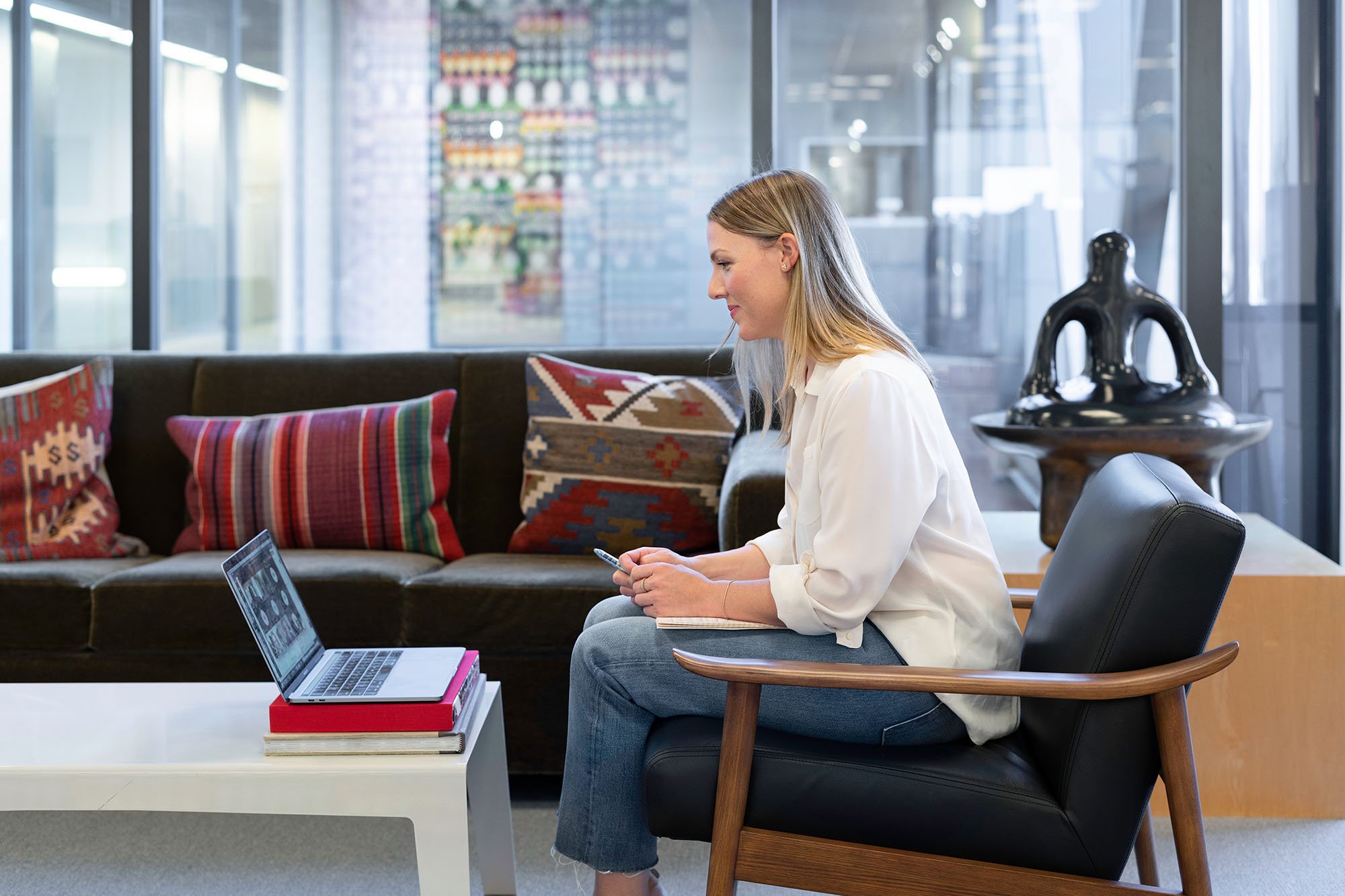 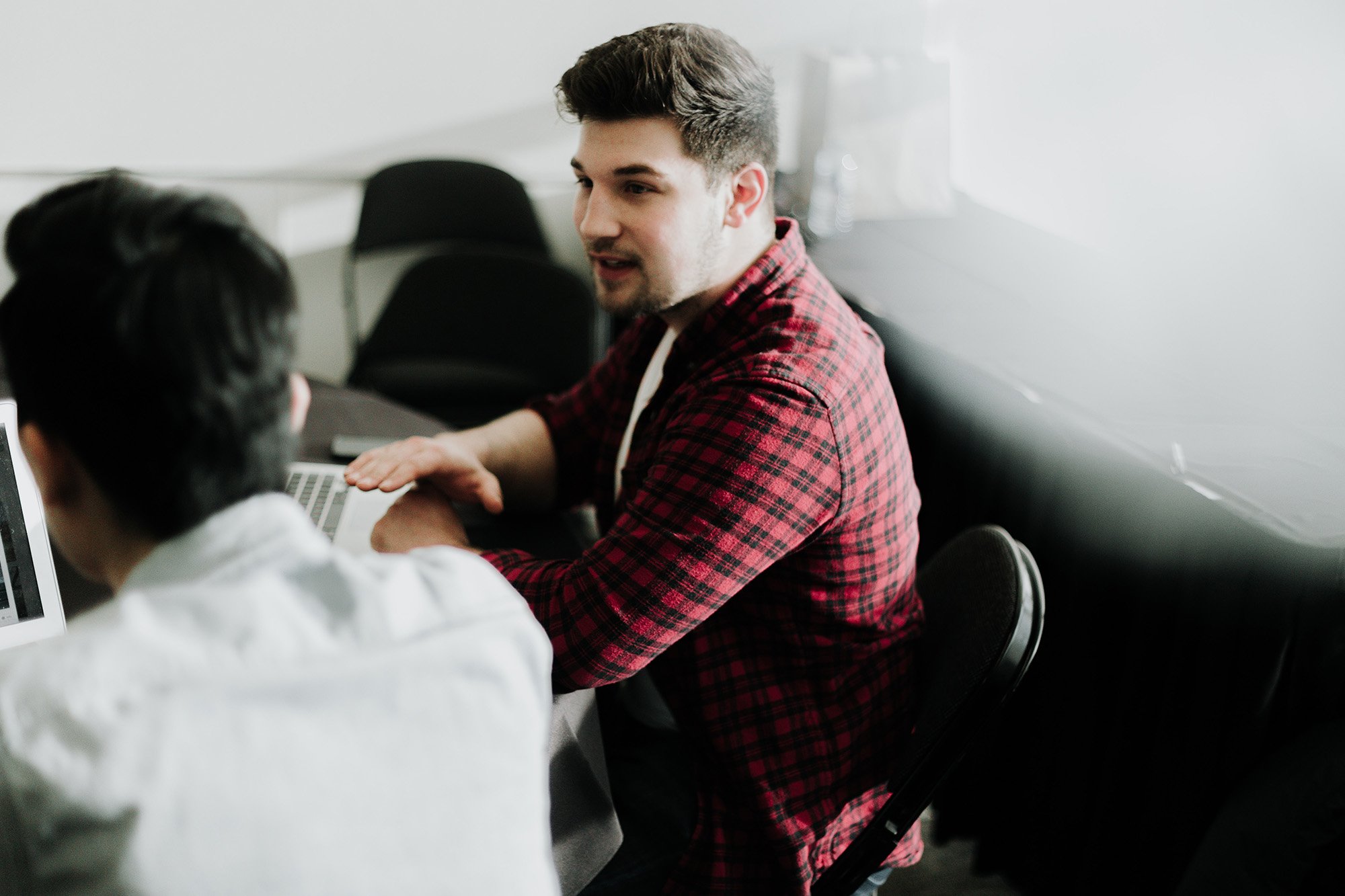 Despite the popularity of instant messaging, chat, and social media, you shouldn't give up on email just yet. Electronic mail remains one of the best, most cost-effective tools ...
Tags: Digital CX,Public Sector 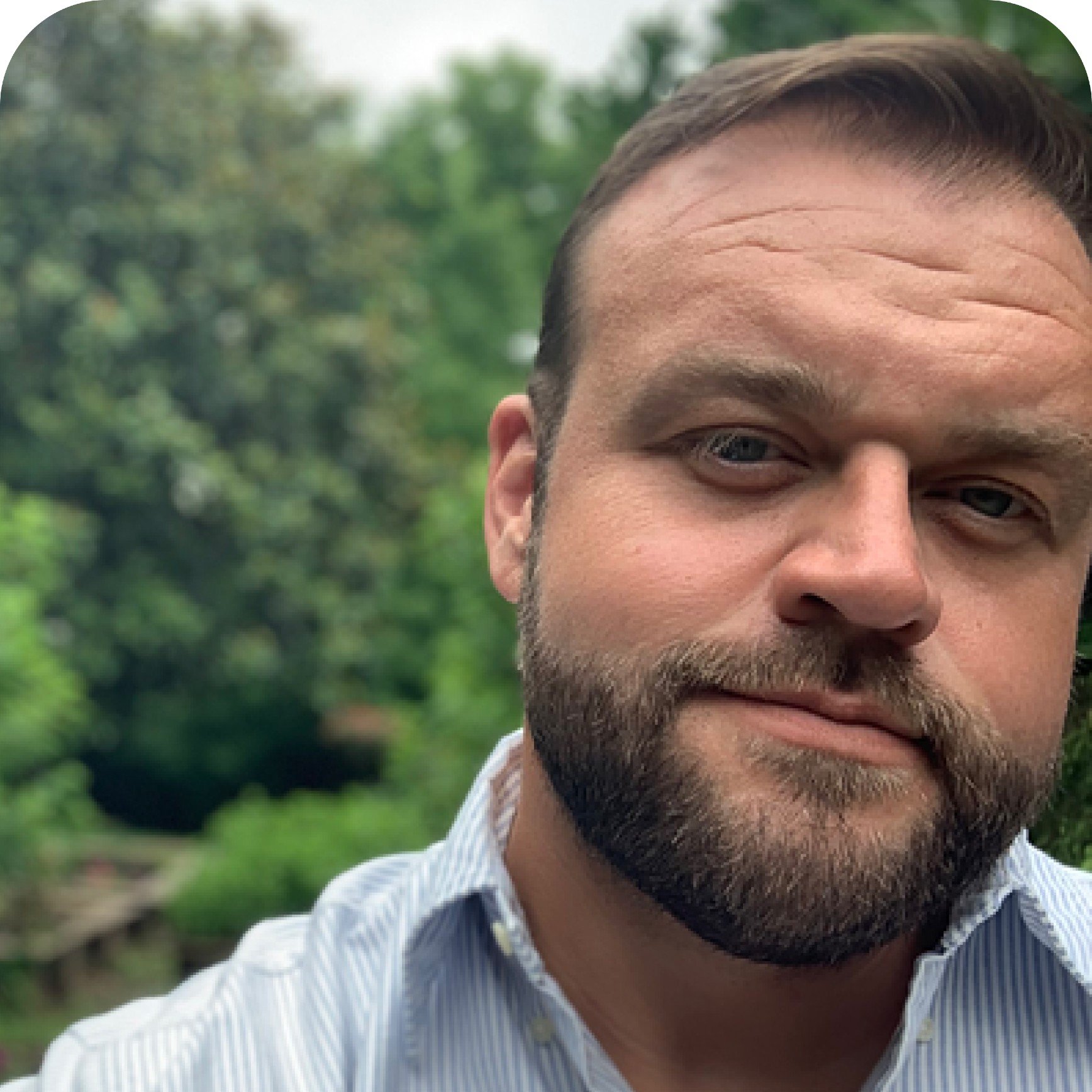 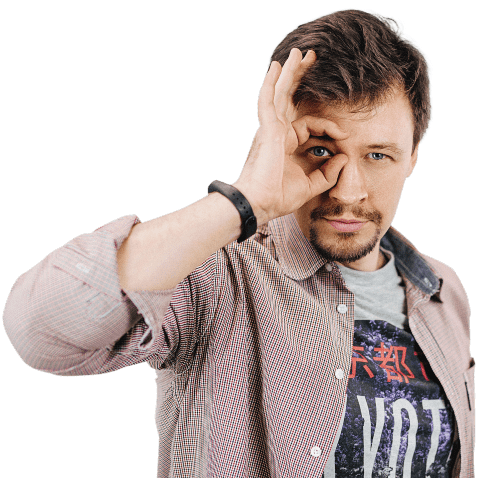